Ho, Ming-sho and Thung-Hong Lin, (2019), “The Power of Sunflower: The Origin and the Impact of Taiwan’s Protest against Free Trade with China”, in The Umbrella Movement: Civil Resistance and Contentious Space in Hong Kong, eds. by Ngok Ma and Edmund W. Cheng. Amsterdam: Amsterdam University Press, pp. 279-310.

Social inequality, especially the origin and consequences of class inequality, are some of the central themes in sociology. Chinese societies, especially the recent changes in class structure and the gap between the rich and the poor in Taiwan and China, are the focus of my research. Moreover, due to frequent natural disasters in Taiwan and the rest of the world, I have extended my research to the fields of sociology of climate change and disaster, giving particular attention to social inequality and disaster risks, and the inequality and resilience of post-disaster reconstruction.

Income distribution and class mobility in Chinese societies in China, Hong Kong, and Taiwan have been topics of long-term concern for me. In recent years, the widening gap between the rich and the poor has become a common predicament for all Chinese societies and has gradually attracted the attention of the media and public discourse. My research has found that inequality in Chinese societies has its origins in different social transformations. First, a series of quantitative studies that I conducted with Wu Xiaogang have shown that in China, social inequality after 1949—especially the exploitation of peasants by the planned economy—has mainly been based on the three political economic institutions of household registration (hukou), work unit (danwei) and cadre system (ganbu). Since the beginning of the reform period in 1978, although the situation of peasants has been improving, and the household registration and work unit institutions have been loosened, however, peasant workers who migrate from rural to urban areas continue to be subject to discrimination and exploitation. The imbalance between the power of capitalists and state cadres and the people has led to a continued increase in the inequality of income distribution between capitalists and labor, as well as between state cadres and the others. Our data show that cadres and capitalists have become the main beneficiaries of China’s authoritarian capitalist development. Additionally, after news of a series of suicides by Foxconn employees emerged, I conducted field research and follow-up studies with several former graduate students, such as Tseng Weilin and Lin Yiling, on the world factory regime of in Shenzhen.

In Taiwan, the driving force for the transformation of class inequality stems from post-industrialization as well as Cross-Strait economic and trade exchanges and has eventually led to changes in class voting behavior. My research has found that industrial upgrading and capital outflow have led to a continued widening of the income gap between employers and employees as well as skilled and unskilled labor in Taiwan. Unlike the past model of Taiwan’s economic miracle, where low-skilled workers benefited from trade, Taiwan’s trade with China, a country with an abundant supply of low-skilled labor, has caused the Taiwanese working class’ income levels to stagnate or even decline. This is relatively similar to the trend I have been able to observe by analyzing data from Hong Kong.

In addition, a series of studies I conducted in cooperation with Alfred Ko-We Hu and Raymond S K Wong have shown that free trade policies between both sides of the Taiwan Strait have not only widened the gap between the rich and the poor in Taiwan, but also caused the employer and manager class benefiting from Cross-Strait trade to shift support to the pan-blue camp. In turn, the farmer and working class in Taiwan’s south have decided to give their votes to the pan-green camp. Lastly, in 2012, the edited volume “Generation of Collapse: Crises of Capital Monopoly, Poverty, and the Lowest Fertility in Taiwan” (Beng shidai: Caituanhua, pinqionghua, yu shaozinühua de weiji) I co-authored with Hung Ching-shu, Lee Chien-Hung, Wang Chao-ching and Chang Feng-Yi, published by the Taiwan Labor Front, received the Taiwanese Ministry of Culture’s “Golden Tripod Award” for books published in the social sciences. Thanks to the volume’s outstanding sales figures, we were able to share with a broader audience our institute’s research findings on stratification and demographic changes in Taiwan.

(2) Global and Local Sociology of Disaster

In recent years, the world has frequently been subject to natural disasters, inspiring my own research interest to shift towards climate change and sociology of disaster. I explore how factors such as state capacity, political systems, social classes, and ethnicity lead to differences in disaster risk at the cross-national, community and individual levels, as well as to a post-disaster increase in income inequality. In addition to the collection and analysis of historical data on the 1999 Chi-chi earthquake, the Typhoon Morakot and international data on natural disasters, I repeatedly traveled to the sites of the Sichuan earthquake (China), Hurricane Katrina (USA) and the 2011 Tōhoku earthquake and tsunami (Japan) for on-site investigation and data collection.

I began by compiling data on natural disasters in Taiwan and published a series of articles on the matter. Based on the post-disaster data of the 1999 Chi-chi earthquake in Taiwan, the study I coauthored with Chang Yi-Chun exposed individual social vulnerability—factors such as urban-rural disparities, the peasants and working class, and ethnicity were all shown to affect disaster risk and post-disaster inequality. The research I jointly published with Dr. Lee Tsung-yi, Prof. Hsieh Chih-cheng, and others has demonstrated how civic associations and social networks helped to improve post-disaster resilience and mitigate income inequality in the case of the 1999 Chi-chi and the 2008 Sichuan earthquakes. However, a field survey in the disaster-stricken areas in Sichuan found that although the state-led reconstruction plan was quite efficient, factors such as self-serving cadres and corruption often led to the widening of the gap between the rich and the poor, becoming the spark that led victims to launch protests. More recently, together with Dr. Kuan-Hui Elaine Lin of Academia Sinica’s Research Center for Environmental Changes and Dr. Hsiang-Chieh Lee from the National Science and Technology Center for Disaster Reduction (NCDR), I analyzed three years of long-term panel data on Morakot victims. We found that post-disaster class inequality had been deteriorating and that the effect of social capital on resilience was not as strong as expected.

At the level of cross-country comparison, my study “Governing Natural Disasters: State Capacity, Democracy, and Human Vulnerability” has been published in Social Forces. In said article, I show that state capacity, democracy and their interaction are conducive to alleviating the death toll and affected population of natural disasters, while a low degree of development may worsen disaster conditions. Furthermore, I have been working with Dr. Lee Shih-yu of Academia Sinica’s Research Center for Environmental Changes to explore the impact of extreme rainfall under global climate change on infant mortality rates and disaster mortality rates in various countries. This is one of the latest research results to prove that global warming does indeed lead to human casualties. Another one of our studies shows that the impact of climate change may lead to the mobilization of civil society and indirectly threaten the survival of authoritarian regimes. In the future, by expanding my sources of cross-country data, I plan to further explore the issue of interaction between social changes and the natural world in the Anthropocene. 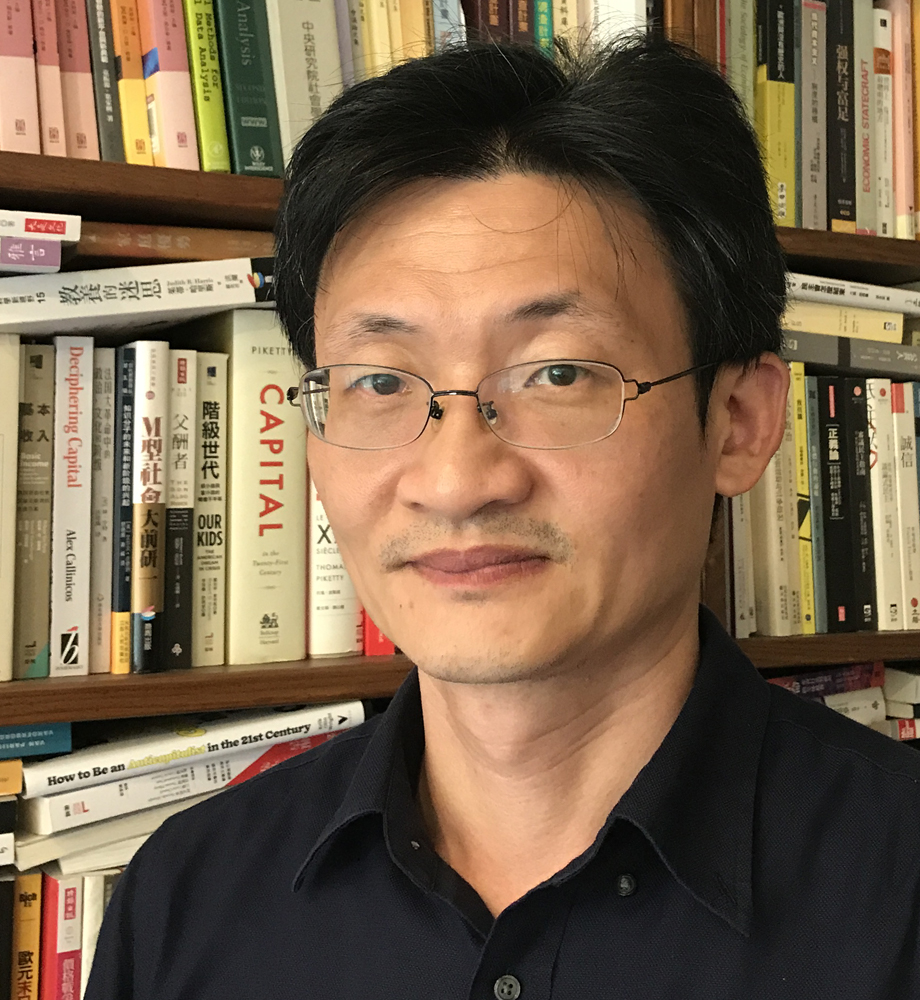