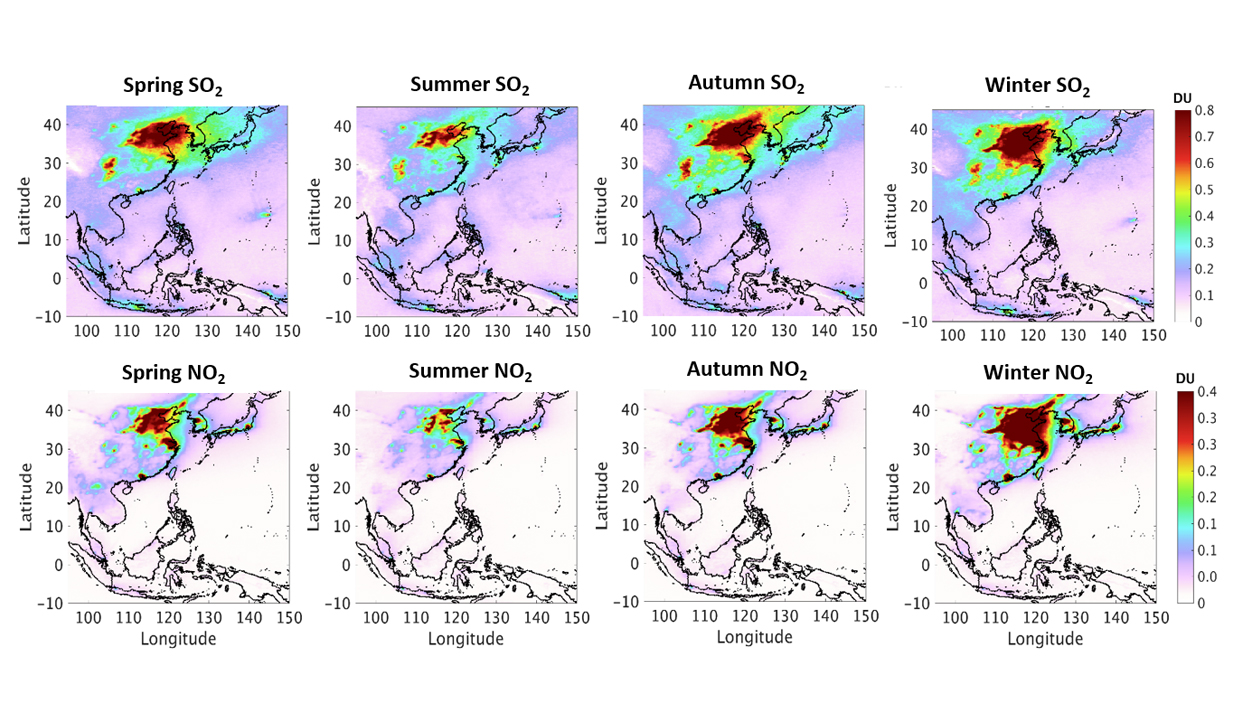 Intense economic and industrial development in China has been accompanied by severe local air pollution, as well as in other downwind countries in East Asia. This study analyzes satellite observational data of sulfur dioxide (SO2), nitrogen dioxide (NO2), and aerosol optical depth (AOD) to explore the spatial distribution, long-term temporal variation, and correlation to meteorological conditions over this region over the period 2005–2015. SO2 and NO2 data are retrieved from the ozone monitoring instrument (OMI) onboard the National Aeronautics and Space Administration (NASA) Aura satellite, while AOD data are from the moderate-resolution imaging spectroradiometer (MODIS) onboard the NASA Aqua satellite. Spatial distributions of SO2, NO2, and AOD show the highest levels in the North China Plain, with hotspots also in Southeastern China and the Sichuan Basin. Biomass burning also contributes to a high level of AOD in Southeast Asia in spring and in Equatorial Asia in fall.

Considering the correlation of pollutant levels to meteorological conditions, monitoring data show that higher temperature and higher relative humidity favor the conversion of SO2 and NO2 to sulfate and nitrate aerosol, respectively. The impact of stronger lower tropospheric stability facilitates the accumulation of SO2 and NO2 in North China Plain and Southeastern China. Transport of SO2 and NO2 from intense source regions to relatively clean regions is highly influential over East Asia; such transport from the North China Plain leads to a considerable increase of pollutants in Southeastern China, Sichuan Basin, and Taiwan, particularly in winter. Aerosols generated by biomass burning in Southeast Asia and anthropogenic aerosol in Southeastern China are transported to Taiwan and lead to the increase of AOD, with the highest levels of AOD in Southeastern China and Taiwan occurring in spring. Precipitation results in the removal of pollutants, especially in highly polluted regions, the effect of which is most significant in winter and spring.