Does Cloud Microphysics Matter for Simulating Convective Clouds in GCMs? 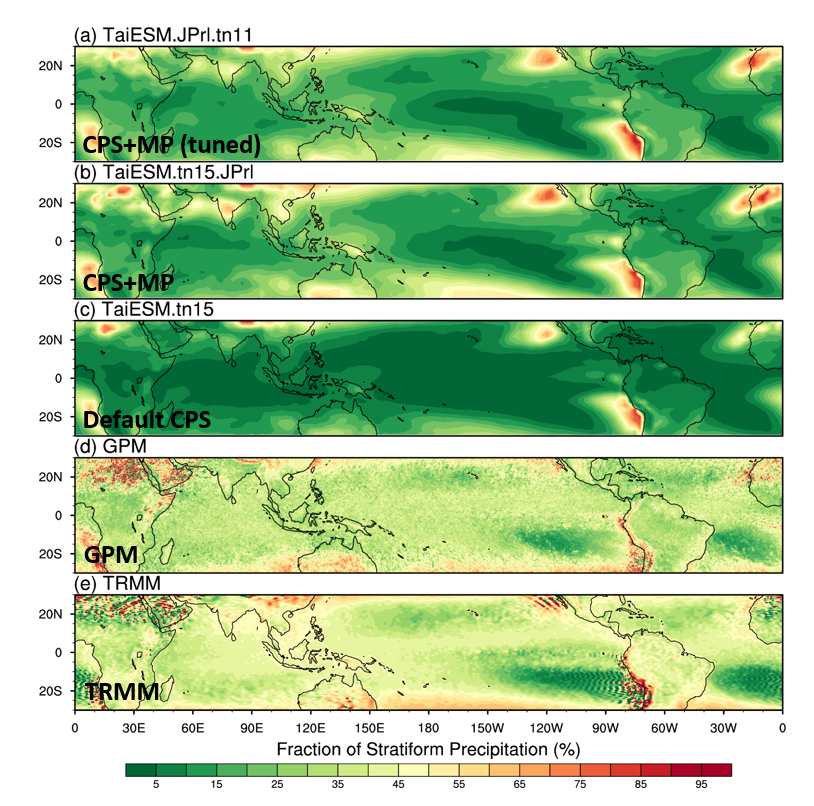 Cloud microphysical processes in convective clouds are often ignored or parameterized in a relatively crude way, e.g., via assuming a constant for converting cloud water to precipitation universally in GCMs. A two-moment warm-cloud microphysical scheme is implemented into the cumulus parameterization scheme (CPS) of the Taiwan Earth System Model (TaiESM) version 1 for better descriptions of the warm-cloud and warm-rain processes. Many significant improvements regarding simulations of precipitation and clouds are observed. Cumulus parameterization with explicit warm-cloud parameterization tends to reduce the convective precipitation fraction over tropical to subtropical regions and is qualitatively closer to that retrieved from satellite observations. Such changes also lead to increases in liquid water and ice amounts in the stratiform clouds over these regions. Spatial distribution patterns of the cloud liquid water path simulated with our scheme are also quite comparable to those of AMSR-E. By comparing to CloudSat satellite observations, the simulation of spatial and vertical distributions of precipitating and non-precipitating cloud ice (i.e., snow) are also improved. These improvements highlight the importance of applying more physics-based approach for converting cloud liquid mass to rainwater in the cumulus parameterization schemes in modern general circulation models (GCM). The primary mechanism behind these changes is an increase in detrained cloud liquid and ice due to the decrease in convective precipitation as a consequence of weaker cloud liquid to precipitation conversion rates from the explicit warm-cloud microphysics. Our modified parameterizations can be applied to study aerosol–cloud–precipitation interactions in convective clouds in GCMs.

We also notice that inclusion of cloud microphysics in the CPS of TaiESM can lead to observable improvements in simulating eastward propagation of the Madden-Julian Oscillation (MJO). Detailed tendency terms of the individual moist physical parameterizations are specifically examined to insight the mechanisms accounting for it and we suggest that such enhanced eastward propagation of MJO can be explained by the so-called “moisture-stratiform instability” mechanism owing to the enhanced latent heating induced by the modified CPS. 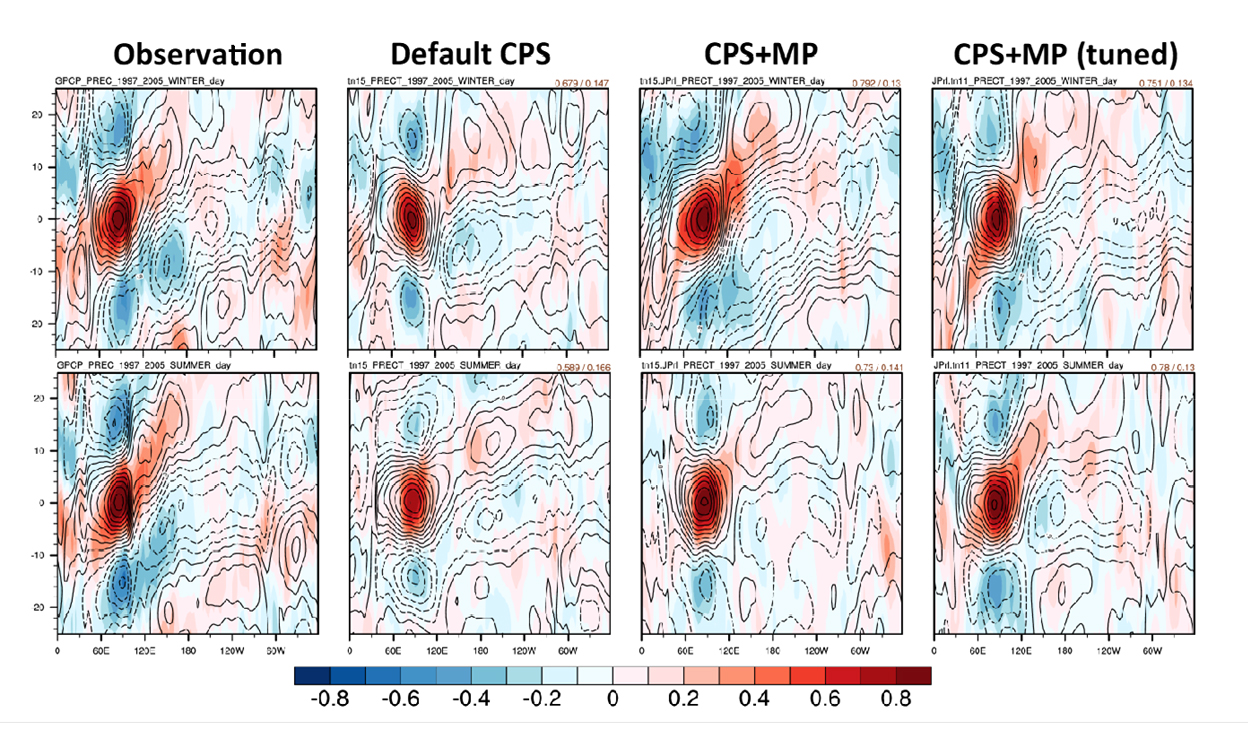